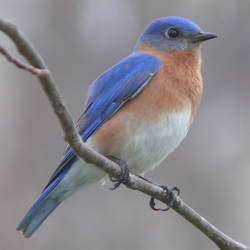 When I started storytelling, it was the first time these stories were told by a Navajo person. That was thirty years ago. Since then, I’ve worked – as a storyteller, folklorist and cultural consultant – collecting, learning and retelling the oral tradition of the Diné Hozhojii Hané (Navajo Blessingway stories). These stories present the world view of the Diné people and details their relationship with their surroundings. I have retold these stories by oral tradition in Navajo and in English for a variety of organizations, universities, elementary schools and conferences throughout the US, Canada, Africa, Europe and Mexico including the Smithsonian Museum of the American Indian, the Denver Arts Museum, Museum of Indian Arts and Culture, the Rhode Island School of Design (RISDI) and programs sponsored by the PEW Charitable Trust.

I was the Olive B. O'Connor Distinguished Visiting Professor of Literature and Storyteller-in-Residence at Colgate University and one of nine women, and the only Native storyteller to be included in the Women’s Chautauqua Institute. In 2006, I received the Navajos Making a Difference Award at the annual Navajo Studies conference. I was on the roster of the NMHC Chautauqua Speakers Program, which features specialists on New Mexico history and culture. I have done storytelling workshops with students and teachers (in New York schools) and seniors (at the northern Navajo Medical Center. A few years ago, I founded the Hané Storytelling Festival for indigenous storytellers. I was featured in Jack Hanna’s Zoo Life, the German documentary, Niedergang der Najavos and Miss Navajo, a PBS Independent Lens documentary, in which I spoke about winning the 1982 Miss Navajo Nation pageant that celebrates women and tradition.

I live in Vanderwagon, New Mexico. I believe that to know who you are, you have to know your past to keep from feeling lost.